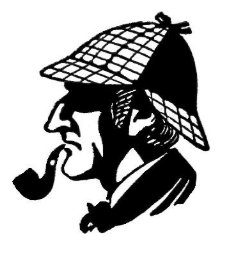 As I’m sure you all know, there is an uncountable number of Sherlock Holmes conventions, fan meets, and conferences. Ranging from small dinners to larger expositions, these gatherings are all centered around a deep love for Sherlock Holmes and the further dissemination of Sir Arthur Conan Doyle’s stories. For those of you who haven’t had the good fortune of attending a Sherlockian event, you’re in luck, as the “Dark Places, Wicked Companions, and Strange Experiences” conference is right around the corner.

Hosted by The Norwegian Explorers of Minnesota, the Friends of the Sherlock Holmes Collections at the University of Minnesota, and the University of Minnesota Libraries, the conference is centered around the Sherlockian canon and serves as a meeting place for all Holmes enthusiasts. The first conference was held in 1984, and has ran consistently every three years since 1995. Each conference has its own unique theme, such as 2010’s “The Spirits of Sherlock Holmes” and 2016’s “The Misadventures of Sherlock Holmes.” This year’s conference is focused on the dark places, wicked companions, and strange experiences that can be found within the Sherlock Holmes stories. It runs from August 8th through the 11th and will have various events ranging from Sherlockian speakers, to a performance by the Red-Throated League of the Norwegian Explorers.

If we’ve piqued your interest, you can learn more about cost, registration, and specific events on their website. For more information on upcoming Sherlock Holmes events and anything else Sherlock related, be sure to check out Sherlockian.net.