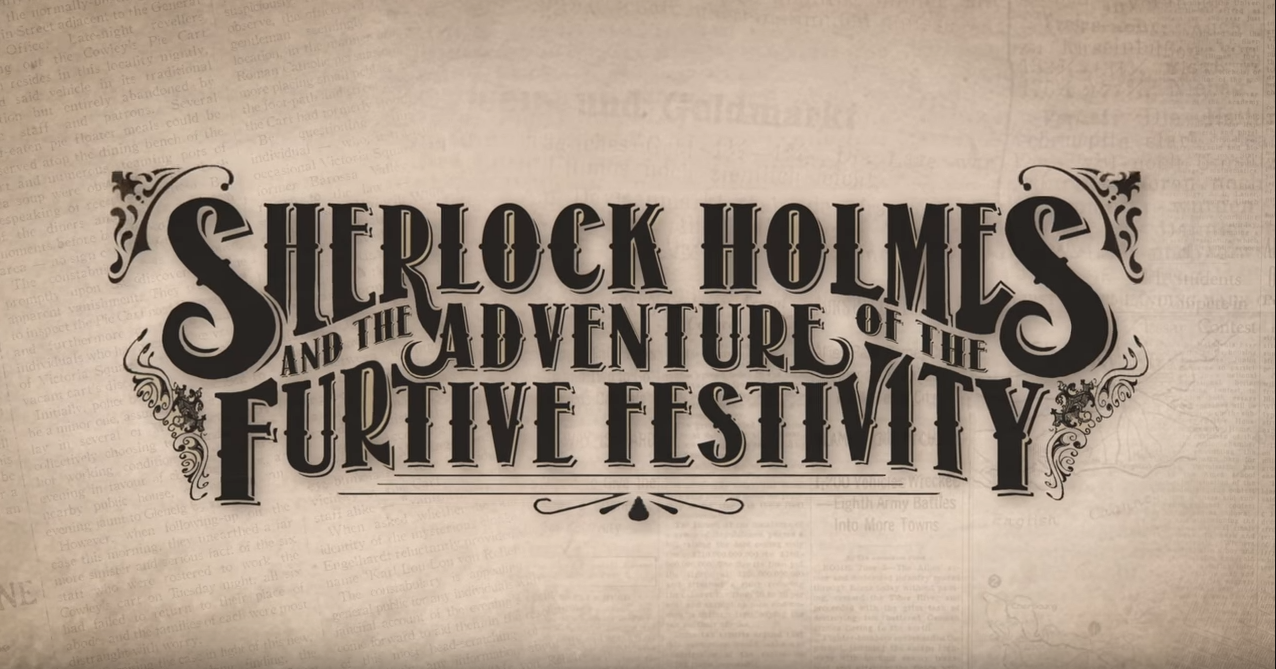 There is no shortage of Sherlockian film and T.V. adaptations. From Jeremy Brett to Robert Downey Jr. and Benedict Cumberbatch, a myriad of actors have set out to portray the Great Detective in film and on television. Outside of this mainstream media, countless Sherlockians have taken the re-presentation of Holmes into their own hands, and this has spurred an incalculable number of very exciting Sherlock Holmes variants. Caroline Duessel, a senior at Point Park University and an avid Sherlockian, wrote a screenplay that brings one of these representations of Holmes to life.

Directed by Mina Hoffman, Sherlock Holmes and the Adventure of the Furtive Festivity is a community made and 100% fan-funded queer adaptation of the Great Detective. Duessel and Hoffman worked together, as the screenwriter and director respectively, to create the 13-minute short film as their senior thesis. The duo aimed to depict LGBTQ+ characters in a positive light with happy and healthy lives, circumventing inaccurate and debasing misrepresentations that are far too prevalent in popular media.

The comedy film follows the story of Dr. Watson attempting to throw Sherlock Holmes a surprise party. As stated in the description of their Youtube trailer:

You’re invited to the most exclusive event in all of London! Can Dr. Watson conceal a surprise party from the world’s most accomplished detective? Can they keep their love hidden from disapproving Victorian eyes? Has Professor Moriarty come back from the dead to exact his revenge? Sherlock Holmes and the Adventure of the Furtive Festivity promises mysteries, mayhem, male-on-male action, and so much more.

With a release date of August 2nd at 7pm EST, Sherlock Holmes and the Adventure of the Furtive Festivity sounds like it will be a refreshing and welcomed adaptation of Arthur Conan Doyle’s original work. Be sure to subscribe to their Youtube page so you can see it right when it’s released. Below is a crew list, and for more information on the film and those behind it, check out their Twitter, Instagram, Facebook, and Tumblr. All of us here at Sherlockian.net can’t wait to see it!