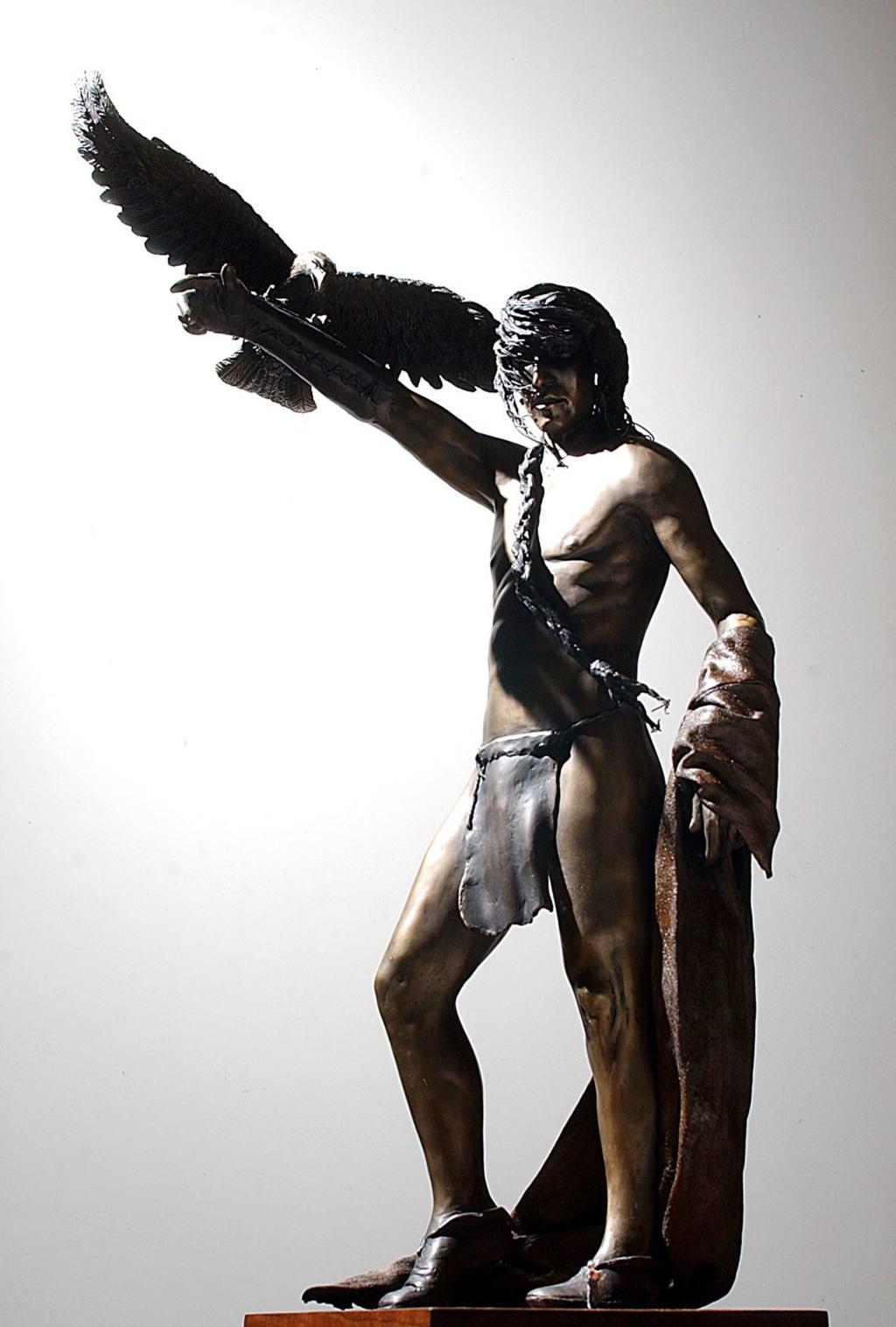 In 1985, the Afghanistan Perceivers, a literary society dedicated to Sherlock Holmes, established Holmes Peak in Tulsa, Oklahoma. Since then, it has been the source of occasional field trips by Sherlock Holmes enthusiasts, but not much else. The slope itself is relatively unremarkable with few distinguishing features—boring to anyone without mild interest in the famous fictional detective, and the perfect location for a massive statue.

Enter the American: a statue that was expected to be a depiction of a Native American and would boast a height of a whopping 21-stories tall. The American was proposed in 2004 by sculptor Shan Grey, a member of the Osage Tribe which is central to Oklahoma. The end result was to be a 217-foot-tall bronze statue of a Native American with an eagle taking flight from his right arm, accompanied by an observation deck for visitors. Expected to stand about 60 feet taller than the Statue of Liberty, several sources hailed it as the soon-to-be tallest freestanding bronze statue in the world. It was estimated to cost around $26 million.

The original planned site for the American was Holmes Peak, which sits in Osage County, home to the Osage Nation. Initially it was intended to be finished by 2007 to commemorate the 100th anniversary of Oklahoma’s admission as a state in 1907. However, this goal was never achieved, and development records from early 2007 show that the project was slated to begin later that same year and finished sometime in 2011. However, funding has been difficult to come by, and to this day the American remains unbuilt.

Whether the American is ever constructed or not, Holmes lovers should acknowledge that the slope dedicated to their favorite detective does, in fact, reside on tribal land. The blatant disrespect of minority groups is nothing new to either the Sherlock canon or the fandom, something we at Sherlockian hope to open up a discussion about in the coming weeks and months.